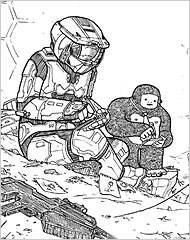 If you’ve read this blog over the years, then you’ve heard it all before, but perhaps not quite so succinctly, eloquently, and certainly not as an op-ed piece in the New York Times! But here it is, by journalist Daniel Radosh.

If games are to become more than mere entertainment, they will need to use the fundamentals of gameplay — giving players challenges to work through and choices to make — in entirely new ways. … Like cinema, games will need to embrace the dynamics of failure, tragedy, comedy and romance. They will need to stop pandering to the player’s desire for mastery in favor of enhancing the player’s emotional and intellectual life.

There is no reason that gorgeous graphics can’t play a role in this task, but the games with the deepest narratives were the text adventures that were developed for personal computers in the 1980s. Using only words, these “interactive fictions” gave players the experience of genuinely living inside a story. The steps required to advance the plot, though often devilishly perplexing, felt like natural behavior rather than arbitrary puzzle-solving. Today’s game designers should study this history as a starting point for an artistic revolution of the future.

4 Responses to “Games, a Backward-Looking Medium”