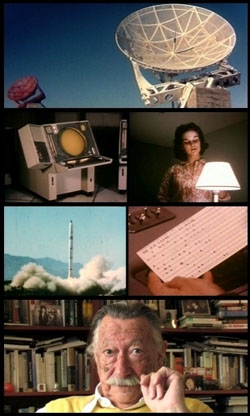 This looks interesting: filmmakers Peter Haas and Silvia Holzinger began making a documentary film about computer pioneers and “grandfather nerds”; they ultimately turned their focus to the now 84-year-old Joseph Weizenbaum. The resulting piece is called Weizenbaum, Rebel at Work.

At a time when the German capital, Berlin, was struggling with famine after World War II, Joseph Weizenbaum was soldering and programming the world’s first computers. He created the first banking computer in the world, was perhaps one of the first computer nerds ever and pursued an unprecedented career at the Massachusetts Institute of Technology, the “mighty” MIT in Cambridge, where he invented the first virtual persona, ELIZA/DOCTOR, a program that engaged humans in conversation with a computer.

Later, Weizenbaum was branded as a heretic when he began to criticize his colleagues in public. After retiring as a full professor at MIT, he left the United States and is now living in Berlin-Mitte again. Joseph Weizenbaum eventually became a “preacher”, strictly demanding responsibility of each individual scientist, condemning war and arguing that mankind have become insane.

The DVD is now available in German, and available in English next month. Till then, on the downloads page, you can find a trailer, and several interesting audio clips and photos.